If you could build any world you wanted, what would it be?

In the final section of his book Anarchy State and Utopia Robert Nozick explores this kind of question. This could seem like a starry-eyed project for a serious political philosopher, but Nozick believes that by articulating our ideal wishes in this way we might be able to improve our current social reality (ASU, p.308).

So, what is Nozick’s ‘framework for utopia’? And how would it function? This post will explore these two questions, and then look at two more: Who would support Nozick’s framework? And why does it face such difficulty when we try to apply it to the real world?

1. Nozick’s vision – the framework for utopia

Nozick’s first step is to acknowledge a fundamental problem in any utopian project: people are different, and their preferences for an ideal community probably also differ:

“The best of all possible worlds for me will not be that for you. The world, of all those I can imagine, which I would most prefer to live in, will not be precisely the one you would choose. Utopia, though, must be, in some restricted sense, the best for all of us; the best world imaginable, for each of us. In what sense can this be?” (Nozick, p.298).

Nozick’s solution is a clever one: utopia would not be a single society, but a collection of many societies, where all people could begin or join the society they most prefer:

“There will not be one kind of community existing, and one kind of life led in utopia. Utopia will consist of utopias, of many different and divergent communities in which people lead different kinds of lives under different institutions” (Nozick pp. 311-12).

In other words, Nozick’s utopia would be more like a ‘meta-utopia’ which contains a network of many different community experiments. Anyone could attempt to create their own version of their preferred society, and other people could join it, or any other society they favoured.

2. How would the framework function? 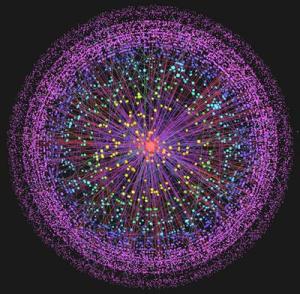 Nozick sets out a detailed description of the framework in the final section of his book. This could be drawn together into three broad principles. One, people in the framework are free to move between worlds at will. Two, if they do not enjoy any of the worlds available, they can create the world they would prefer to live in, just by using their imagination. Three, if these two conditions are met, then each world can be allowed to take its own form, without external intervention. Here is Nozick’s description:

“Imagine a possible world in which to live; this world need not contain everyone else now alive, and it may contain beings who have never actually lived. Every rational creature in this world you have imagined will have the same rights of imagining a possible world for himself to live in (in which all other rational inhabitants have the same imagining rights, and so on) as you have. The other inhabitants of the world you have imagined may choose to stay in the world which has been created for them…or they may choose to leave it and inhabit a world of their own imagining. If they choose to leave your world and live in another, your world is without them. You may choose to abandon your imagined world, now without its emigrants. This process goes on; worlds are created, people leave them, create new worlds, and so on” (p. 299).

Nozick’s framework would not be static, but a dynamic process. There would be a flow of people between communities, the continual creation of new communities, and some communities would be more popular and stable than others. But the defining characteristic is that each person would have the opportunity to live according to their preferences.

There are, however, a few conditions which Nozick places on the framework. The first is against what he calls ‘imperialistic’ behaviour (pp.318-319).This could be defined as practices which disrupt the functioning of the three principles discussed above. That is, behaviour which limits another person’s ability to move between worlds, or create the world they want. As we will see later, this condition against ‘imperialism’ introduces some complex problems for the framework.

The second condition is the existence of a minimal state or governing authority to maintain the principles of the framework (p.333). This authority would have very limited powers: only to regulate imperialistic behaviour, and ensure the three principles of movement, creation and internal autonomy are upheld.

Taken as a whole, Nozick hopes that these principles and conditions would produce:

“A wide and diverse range of communities, which people can enter if they are admitted, leave if they wish to, shape according to their wishes; a society in which utopian experimentation can be tried, different styles of life can be lived, and alternative visions of the good can be individually and jointly pursued” (p.307).

3. Why is the framework appealing? 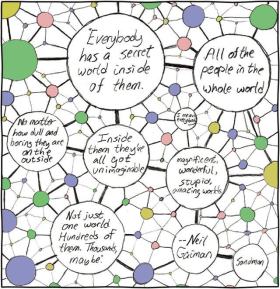 Click for full-size
The attraction of the framework is that it seems to permit as many people as possible to explore their goals and beliefs. To live the kind of life they would most prefer. As Nozick says:

“If there are stable worlds, each of them satisfies one very desirable description… none of the inhabitants of the world can imagine an alternative world they would rather live in” (p.299).

It accommodates almost any social vision. Jonathon Wolff puts this another way:

“One group could create a communist village in which all resources are shared, whilst another group creates a perfectionist society in which all comforts are sacrificed in the pursuit of high culture. A third group may try to set up a model free market society, and so on”.

It is worth noting though that not everyone will be satisfied. Those people who value imperialism and the imposition of their values on others, will not be able to pursue their preferred way of life in the framework. Importantly however, some very non-liberal values (such as discipline, tradition, community, or authority) could still be pursued, so long as all people in the community agreed to these particular values. As Nozick writes:

“Although there is great liberty to choose among communities, many particular communities internally may have many restrictions unjustifiable on libertarian grounds … For example, paternalistic intervention into people’s lives, restrictions on the range of books which may circulate in the community, limitations on the kinds of sexual behaviour, and so on. But this is merely another way of pointing out that in a free society people may contract into various restrictions which the government may not legitimately impose on them. Though the framework is libertarian and laissez-faire, individual communities within it need not be” (p. 320).

The central attraction of Nozick’s framework is that it tries to open up as many options as possible, for as many people as possible.

4. What are the problems?

There are various ways of critiquing Nozick’s framework. In a later post, I’ll look at problems with the functioning of the framework itself. Here though, I want to highlight the problem that the framework depends on particular hypothetical characteristics of the environment in which it is constructed – amongst other things, unlimited space, unlimited resources, costless transport, and abundant information. Because these differ so radically from the physical characteristics of actual society, it would be very difficult to realise Nozick’s framework in the real world.

(a) Creation – space and resources In Nozick’s framework, an individual can freely create the community of their preference. However, this depends on the fact that space and resources seem unlimited in the framework environment – there is no suggestion that the creation of one community is limited by the prior existence of other communities. In contrast, in the real world, there are limited resources for construction, limited space to build, and limited people to inhabit and sustain a community. As Simon Hailwood says:

“It is deeply unrealistic to expect a diversity of voluntary communities with truly different ways of life to develop as Nozick hopes, unless for instance there is plenty of space fairly rich in natural resources, and not many people” (pp.86-87).

This is the first way that the hypothetical environment of the framework differs from our physical world.

(b) Movement – transport and information The framework also says that individuals can freely move between communities when they please. In the physical world however, this is not the case. Firstly, there are transport costs for yourself and your belongings, risks associated with leaving your employment and trying to secure another in your new society, and the cost of finding friends and companions and leaving behind the ones you have made. Secondly, there are costs associated with learning about other communities. A person might be ignorant of alternatives, or a community may not be able to provide full information to their members. For example, if we do not tell the inhabitants of a barren desert society that a few days away there is a rich coastal society, we may not feel that they have true freedom to move between communities.

(c) Imperialism – birth and education The condition against imperialism has problems when we consider that in real physical societies people are born into them. We can easily imagine cases where allowing anyone to create their own society in the physical world involves the involuntary participation of other living beings.

Take an example where a community forms with the shared belief that they would like to never listen to a certain genre of music. What happens when they begin to have children? Should they be allowed to prevent them from listening to the genre too? And physical societies come with many more decisions – about family, politics, sexuality, business, art – and if the framework does not allow those born in a society the freedom to change the rules, it disrupts the hopes of voluntary association and internal autonomy that are a central part of Nozick’s associations.

Nozick’s framework for utopia is a very appealing vision of how a society could be constructed: one where all people are free to create or join the kind of community they most prefer, while permitting other people to do the same. However, it is only possible due to particular features of the environment Nozick imagines. As these are not present in physical society, the framework faces problems when we try to apply it to actual communities. It still might be possible to create something similar on the internet though. In the next post I try to discuss this idea.